Self-help and the surfacing of Identity: Producing the Third Culture Kid

It has been a while since our last review of academic research into Third Culture Kids. In this edition, I thought it would be interesting to look into research on the conceptualisation of the term, Third Culture Kid or TCK, and quickly found a good paper entitled, Self-help and the surfacing of Identity: Producing the Third Culture Kid. It was written by Sophie Cranston, a lecturer of Human Geography at the University of Loughborough and was published in the 24th edition of the Journal Emotion, Space and Society in 2017.

The aim of the paper was to discuss the role in which self-help plays in the constitution of identities. Cranston uses the concept of Third Culture Kids as an illustrative tool in her argument for a wider understanding for how self-help is produced and consumed. She says the that creation of a Third Culture Kid industry as a form of biopower (a space in which emotions as an aspect of life are produced) has allowed many people to find an identity. A biopower has two clinical aspects, one being a perceived object and the other being a way to defend the object against a threat. Applied to TCKs, the object of the biopower would be the emotional experience (unstable lifestyle, rudderlessness, displacement etc) of global mobility, and the defense of the object would be the TCK identity. She claims that self-help books on the subject legitimises the concept and changes what has been seen as an abnormal experience into a new norm. The term Third Culture Kid acts as an identity that places the people who do not adhere to that identity in opposition to the ones that do, which in turns strengthens the affect the identity has on the ones that adopt it. When she points out that self-help books are almost purely based on the personal experiences of the writer (or contributors) rather than on fact-based findings, she introduces a dilemma that we as Third Culture Kids must accept, that the formalisation of the TCK experience may exclude insights and viewpoints that do not adhere to that written in self-help books. Van Reken and Pollock’s book, Third Culture Kid: Growing Up Among Worlds is by many considered to be the bible of the Third Culture Kid experience and may therefore be very hard to argue against. People who wish to add to the discussion of the TCK experience may feel obliged to refer to the book as so many people see it as the defining piece of literature on the topic.

To a large extent I agree with what Dr. Cranston writes. The Third Culture Kid industry has offered an identity to people who have considered themselves deprived of one. In that sense it has had a similar effect to the discovery and conceptualisation of diseases. People who have been diagnosed with ADHD, dyslexia, schizophrenia or who have suffered from diseases prior to the discovery of the disease, share a similar feeling of being normalized upon having their abnormality defined. Even though there are medicinal factors in the treatment of diseases, the fact that they have been defined makes them relatable and above all makes it easier for them to relate to each other. Whereas before they may have been seen as abnormal beings, they are now seen as human beings who are struggling with a disease or psychological order. I also feel that what Ms. Cranston writes about the McDonaldisation of the TCK industry is true. The concept of being a Third Culture Kid, although helpful in creating an identity for people who have grown up in a country different to their parent’s home country, should not be embraced as the defining aspect of one’s identity, just as any abnormality should not be embraced as a defining aspect of anyone’s identity, as it does little to encourage the process of assimilating and identifying with people who are not like us. 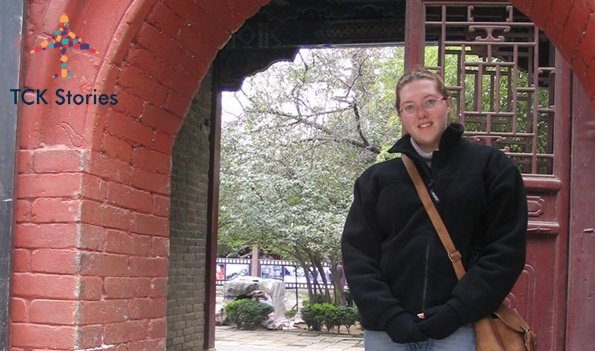 Was this article helpful?
YesNo